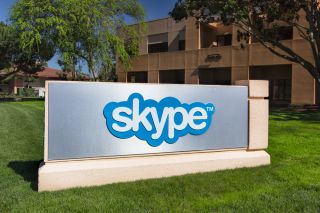 Microsoft is bringing end-to-end encrypted conversations to Skype which will allow users to keep their sensitive business and personal communications private.

The company will use Open Whisper Systems' secure messaging technology also found its own Signal app to protect the communications of Skype users from being intercepted by third parties.

“At Signal, our goal is to make private communication simple and ubiquitous. With hundreds of millions of active users, Skype is one of the most popular applications in the world, and we’re excited that Private Conversations in Skype will allow more users to take advantage of Signal Protocol’s strong encryption properties for secure communication.”

For the time being, only users enrolled in the Skype Insiders early access program will be able to take advantage of the new Private Conversations feature though it will likely be available for general users at a later date.

While the new feature will allow users to participate in encrypted conversations, there are some limitations.  Only two individual users will be able to utilise Private Conversations and the feature does not currently support group conversations.

After accepting an invitation, users can have a private chat though each Private Conversation is locked to a specific device and users will not be able to switch to another PC or mobile device in the middle of the conversation.

Microsoft noted that the new feature will only support files, audio messages and emoticons.  Users will also be unable to edit their private messages after they have been sent.

Adding encrypted communications to Skype makes a great deal of sense as many enterprise users rely on Microsoft's messaging platform throughout their work days and this feature could help prevent users from straying from the company's ecosystem to another secure chat app.