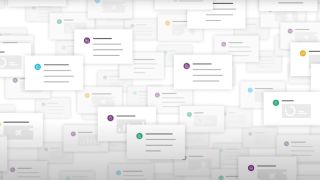 Slack has lodged an antitrust complaint with the European Commission against its biggest competitor, Microsoft.

According to an Engadget report, Slack believes the software giant is illegally bundling Microsoft Teams with its productivity suite, Office 365.

The company claims Microsoft has returned to the anti-competitive practices demonstrated during the “browser wars”, blocking certain users from removing Teams from devices, as well as concealing costs from enterprise customers.

“We’re confident that we win on the merits of our product, but we can’t ignore illegal behavior that deprives customers of access to the tools and solutions they want,” said Jonathan Prince, Vice President of Communications and Policy at Slack.

“Slack is asking the European Commission to take swift action to ensure Microsoft cannot continue to illegally leverage its power from one market to another by bundling or tying products.”

Microsoft Teams was first launched in 2016 and has now surpassed Slack in terms of user numbers, reaching 13 million. Slack argues Microsoft would have never achieved such success had it not tied Teams to the hugely popular Office 365 software suite.