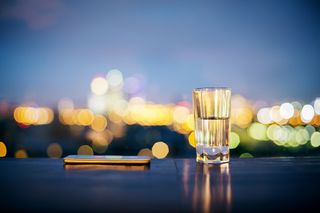 Beyond the difficult decisions regarding which type of LTE to deploy, operators also face challenges in the methods they select for ensuring reliable, high bandwidth access to the LTE cellular network.

Again, there are several choices, many of which will be determined by the topology of the area served, the availability of fibre for backhaul and the access rights operators can secure. Fibre-less optical technologies, small cells and distributed antenna systems are among the options. It’s a confusing area and there are few established practices and reference cases to learn from.

‘Small cells and micro cells feel like the wild west of cellular in the early 1990s where no one had a rule book,’ says Professor Simon Saunders, small cells special interest group champion at Cambridge Wireless. ‘Everyone agrees we need that to define where to put them and what shape and size they need to be.’

It’s easy to lump small cells and distributed antenna systems (DAS) together, but they are different technical answers to the question of providing access and can be applied in different situations.

DAS has a head start on small cells but hasn’t yet made a case for itself in outdoor applications. ‘DAS has been the incumbent technology and is widely deployed in large indoor locations to strengthen the signal,’ says Manish Singh, CTO of Radisys. ‘It’s a great solution that can work in a cost efficient way to really improve coverage inside buildings. Small cells take that approach of improved coverage to the next step. They provide not just coverage, but also capacity augmentation.’

For Saunders the fact DAS has been in deployment for several years is a strength. ‘DAS at this stage is very mature and it has become the obvious solution in places like airports, shopping centres and the largest office buildings,’ he says. ‘Innovation has gone into it but it hasn’t developed in terms of the cost of deciding where antennas go – that can require a high level of radio frequency experience to make it work well.’

Even so, others think operators are comfortable that DAS is a proven, reliable technology. ‘DAS is a well-proven technology and when we talk to operators about it with regard to LTE operators are very comfortable,’ says Samuel Buttarelli, European sales director at CommScope, a DAS solutions provider. ‘In Europe, the US deployments have been watched carefully – particularly our experience with Verizon Wireless. DAS is a proven, low-risk technology with excellent results in bringing high capacity for 4G.’

Small cells are more in their infancy, although a lot of hype and excitement has been generated around them. ‘There’s a lot of discussion to understand what the view on small cells is,’ adds Buttarelli. ‘We haven’t seen a lot of 4G small cells yet but there are interesting 3G deployments and combinations with Wi-Fi. Compared to DAS, based on the feedback from our customers, small cells are seen as a lower cost deployment based on 3G.’

More capacity for lower cost is the goal but operators shouldn’t be blinkered by exclusively thinking about costs. ‘Small cells tend to be the popular approach taken by operators looking to address capacity issues,’ says Dr Michael Flanagan, CTO of Arieso. ‘The point is to minimise TCO but our argument has always been to be wary of people trying to minimise cost because the ultimate goal is to maximise value. Look to value to define the difference between benefit and cost.’

That cost issue is also identified by Shayan Sanyal, chief commercial officer at Bluwan, which offers a fibre through the air last mile access and backhaul for wireless networks solution. ‘DAS solutions providers are looking to emulate what is happening with small cells and there is a solution fit for DAS outdoors, although in our view it is heavily reliant on fibre connections,’ he says.

‘The issue in DAS versus small cells is primarily in the cost of deployment for operators having to access dense dark fibre. Unless you’re in South Korea, a lot of operators don’t have dark fibre and have to rely on providers like Crown Castle or others. That puts the DAS business case in jeopardy,’ suggests Sanyal.

Julius Robson, wireless technology consultant at Cambridge Broadband Networks, thinks both technologies face challenges in terms of site acquisition and managing the costs of their deployment.

‘Having bulk deals with authorities is definitely the preference,’ he says. ‘That’s the theory, but if you look at the O2 trial in London it had to end up filling out a form for each site. There’s a lot of thought going in now about how they’re going to do this efficiently. They might effectively have a middleman that acquires sites, then there’s the question of having multiple operators sharing sites – councils won’t be happy with having three different operators wanting to install a small cell at a site. One operator will be forced to share.’

Frank Oehler, vice president of sales at Ubidyne, explains the problems deployment of each technology may encounter. ‘It is quite a different planning activity between the two and it is very interesting to see how the American operators are approaching DAS and small cells,’ he says.

‘There are buildings that AT&T chooses to take over such as football stadiums in which it uses dedicated indoor planning tools. For small cells the problems are different. Small cell output is fairly low so you need multiples of that which results in a disaster in site acquisition terms. Once you’ve done all the negotiations to get all the lamp posts, you then have to get access and electricity. Small cells will only have power when a lamp is switched on so the whole site acquisition and management is a problem,’ argues Oehler.

Sanyal agrees: ‘There are nine different types of lamp post in the London Borough of Kensington and Chelsea and they are in different colours. A small cell has to be the same shade as each at the time it is installed and you don’t have weeks to install it. You might be allowed just half a day or maybe only two hours in a busy street like Regent Street. If you’re doing that with fibre-optics you won’t get it installed in time.’

Third party providers are looking at becoming enablers of these technologies. Kevin Baughan, director of wireless at Virgin Media Business, agrees it’s a complex area. ‘It’s full of practical challenges,’ he says. ‘The theory is clear but it’s the practicalities that need to be overcome in power, sites and backhaul. Operators are still choosing very specific small cells that fit their architecture.’

Even so, on-the-ground deployment needn’t be complex. ‘Small cells can be deployed by unskilled people because there has been a real leap forward in self-optimising networks,’ says Robson. ‘The small cells hype today is about a whole bunch of things coming together. Backhaul technologies were the major concern a year ago for 50% of operators but it is no longer their key concern. Next up is the site issue. Small cells today are about 3G so, when you deploy at lamp posts you don’t want to go back within five years to upgrade to LTE.’

That’s part of the reason why third party providers are carefully considering their approaches to serving operators. ‘Each mobile operator is making very specific choices when it comes to small cells and therefore its much more straightforward to host whichever cell they choose,’ adds Baugham.

‘That gives a clear demarcation – what we’re trying to do is add a pole and power and support and deal with the city [for site acquisition] and aggregate that into a package. The mobile operator is free to design and manage the cells.’

With a shortage of radio frequency experts already evident, being able to deploy without needing an expert is critical. ‘You don’t need to be a rocket scientist to install a small cell,’ points out Sanyal.