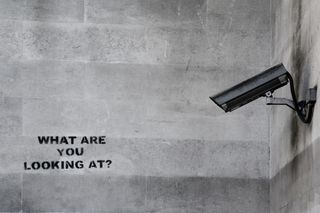 A petition calling for the UK government to repeal its controversial Investigatory Powers Act has received over 118,000 signatures and now must be considered for parliamentary debate.

The new bill has raised privacy concerns as it will require internet service providers (ISPs) to record and store all of the websites and messaging services that their customers access on their desktops and mobile devices. However, the Investigatory Powers Act takes things a step further by requiring ISPs to store the data gathered from their customers for 12 months and make it available to security services, police and any other public body when a warrant is issued requesting for it. The government has claimed that these measures are designed to aid it in fighting terrorism.

Critics of the bill have given it the nickname “snoopers' charter” and described it as “a bill allowing UK intelligence agencies and police unprecedented levels of power regarding the surveillance of UK citizens” on the petition's page where they urge concerned citizens to sign before the bill becomes law by the end of 2016.

According to blogger Chris Yiu, 48 organisations and departments including the police, military, government, NHS, the Gambling Commission, the Financial Conduct Authority and the Health and Safety Executive will be able to access citizens' browsing records without a warrant. The Investigatory Powers Act though will only require the domain name of sites visited to be stored and not the individual pages visited by users.

The chairman of the Internet Service Providers' Association (Ispa) highlighted the fact that the database of sites would be prone to attack by cyber criminals or others looking to exploit the browsing history of UK citizens: “You can try every conceivable thing in the entire world to [protect it], but somebody will outsmart you.

"Mistakes will happen. It's a question of when. Hopefully it's in tens or maybe a hundred years. But it might be next week.”