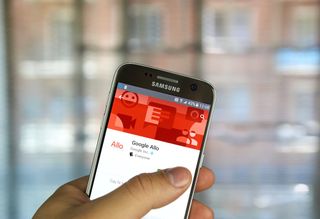 With the release of Google's new chat app Allo, Edward Snowden has warned people against using the app as it now allows the company to read all of the chats sent with it.

Allo was shown off earlier this summer and now it has been officially released and is available for download. Google previously claimed that chats sent using the app would be encrypted by default, allowing users to rest easy knowing their conversations were strictly between them.

However, due to the inclusion of a new robot called Google Assistant, the company had to remove end to end encryption from Allo. It works by continuously watching what users say and the data collected is stored for later analysis which is used to improve the app. Google had initially indicated that Allo's chats would only be stored on its servers temporarily. This would have removed the impact of any possible data breach and would have helped retain user privacy. Now the company has shifted its original stance completely and will be storing all of Allo's chats.

Google plans to use this data to improve parts of the app namely its smart replies feature which will read through conversations and try to better grasp how people speak to one another. This will allow Allo to provide better prompts for users that want to take advantage of smart replies. This data could also be used further down the line to target ads at users.

Another reason that the company probably backed out of launching Allo with full encryption is to be on the right side of the law. Since all of the messages sent using the app will be stored, law enforcement will be able to request access to them with a warrant.

Both iMessage and WhatsApp have come under pressure from the authorities as they are unable to provide chat details when they are needed for a case as they do not store any of the messages sent by their users.

In response to Google's removing encryption from Allo, Snowden took to Twitter to send out a number of tweets warning users of the danger of using Allo as opposed to other messaging apps that do not store messages.

Jonathan Parker-Bray CEO and Founder of Pryvate, also commented: "On the surface Google Allo seems like the smart assistant that consumers have been dreaming of. It parses your messages, finishes sentences for you, suggests venues for drinks, and acts as an aide to your myriad social desires. Yet, the systems that allow for this innovative assistant are invasive and dangerous.

"In short, Google Allo will track every message you make, and could then give these messages to the police if requested. However, it is not just the police that will be gaining this intelligence about you but also Google itself, and now is the time to ask yourself how much you are comfortable with a huge multinational company knowing the details of every online conversation you have? We at Pryvate believe that your communications online are just as sensitive as conversations in the real world, and just when you are next to someone you should be able to choose to shout but also to choose to whisper.

"Your conversations should be private by default protected by advanced end-to-end encryption and most of all, your privacy should be respected by companies, instead of them creating new and shiny baubles to make you hand over more of it."