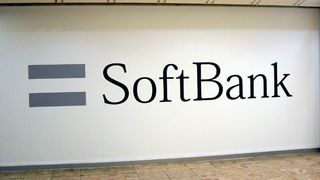 The Japanese telecom Softbank is planning to list its mobile phone business on the Tokyo Stock Exchange in an effort to raise funds to fuel its global expansion.

The firm will reportedly list its mobile phone business in Japan but it may also do so on the London Stock Exchange with the goal of raising £13.1 billion to fund future investments.

If Softbank does decide to list the business, it would be one of the largest initial public offerings ever seen in Japan.  The firm plans to sell around 30 per cent of the outstanding shares in its subsidiary to investors while maintaining a 70 per cent stake in the business.

Raising funds from overseas is also an option and Softbank may possibly list its business in London to raise additional capital.  The firm responded to a report in the Nikkei newspaper regarding the potential listing in a statement, saying:

The proceeds from the listing would be used by Softbank to invest in information-technology companies located outside of Japan.

Softbank has made a number of high-profile investments in other companies and the firm has a strong interest in ride-sharing.  It recently backed China's Did Chuxing and the Southeast Asian ride-sharing app Grab.

The firm is also preparing to invest heavily in Uber as it expands its offerings in the transportation industry worldwide.

Softbank has also expanded its holdings in the telecoms sector acquiring Vodafone's operations in Japan and the US telecom Sprint.  The firm also purchased the UK chipmaker ARM for £24bn back in 2016.