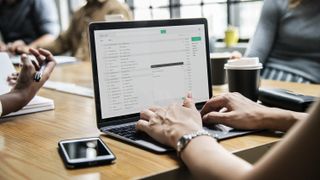 Despite the fact that cyber criminals have become savvier, new research has revealed that sending spam emails is still their preferred way of distributing malware, scams and malicious URLs 40 years after the first spam email was sent.

F-secure and MWR InfoSecurity discovered that cyber criminals are still using spam emails though they have begun to deploy new tricks to deliver better results.

Threat Intelligence Researcher at F-Secure, Päivi Tynninen provided further insight on the types of spam emails that are being sent to unsuspecting users in 2018, saying:

“Email spam is once again the most popular choice for sending out malware. Of the spam samples we’ve seen over spring of 2018, 46% are dating scams, 23% are emails with malicious attachments, and 31% contain links to malicious websites. During the past few years, it’s gained more popularity against other vectors, as systems are getting more secure against software exploits and vulnerabilities.”

The technique still relies on sending out massive numbers of emails to trick a small amount of users but cyber criminals still find spam emails are an effective way to gain access to user accounts and devices. Click rates on spam emails have increased from 13.4 per cent during the second half of 2017 to 14.2 per cent in 2018 showing that the attack method still works quite well.

MWR identified certain tactics that make spam campaigns more potent including making the email appear to come from a known recipient, having a subject line free from errors and implying urgency as opposed to stating it directly. These new methods are employed to trick users that are aware of the dangers of opening unsolicited attachments.

While new attack methods may be more complex, cyber criminals have taken to using the tried and true method of sending out spam emails because they know just how effective it can be.