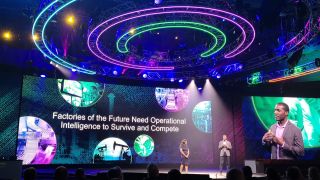 Splunk is taking a leap into the smart connected world with the launch of its first IoT platform.

Announced at the company’s .conf18 event in Orlando today, Splunk Industrial IoT brings together several of its existing analytics tools into a single package that will allow organisations to gain a much better insight into their data.

The launch looks to target industrial organisations across multiple verticals, with engineering, shipping, utilities and heavy industry among the fields already signed up to try the platform.

"We're all part of the IoT revolution,” Seema Haji, Splunk director of product marketing IoT told the audience at the conference’s keynote today, “the industrial IoT market is at a unique time for disruption.”

This could allow manufacturers to spot potential maintenance issues, stopping the problem of unplanned downtime, which costs industrial organisations billions every year. Splunk says its new platform can provide real-time visibility into the millions of sensors being utilised by industrial companies moving across to the IoT in order to pursue greater efficiency.

This is also helped by the Splunk Machine Learning Toolkit, which offers customers the opportunity to use field-tested algorithms in their operations, across fields such as anomaly detection and forecasting to spot an early signs of trouble.

“Industrial organisations have lacked easy-to-use, real-time data analytics that use machine learning to help predict downtime and prioritize alerts across disparate systems so the business can take action.”