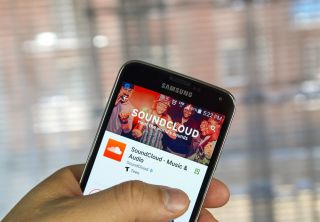 In an effort to better compete against Apple Music and other music streaming services, Spotify may be considering purchasing SoundCloud. Apparently the two companies are in “advanced talks” that could result in Spotify acquiring its rival that has been valued at $700 million.

Recently Spotify has faced a great deal of competition from other subscription-based music streaming services including Apple Music, Tidal, Amazon Prime and Deezer.

In September, the company reached 40 million paid subscribers who pay $10 a month for premium Spotify service. This upgraded version of the site allows users to play music offline and removes all advertisements from between songs. Apple Music, which launched in June 2015, currently has 17 million paid subscribers which is less than half of Spotify's current Premium users.

In order to take on its rivals, Spotify raised $1 billion earlier this year from the private equity firms TPG and Goldman Sachs. These funds will be used to add to the company's resources without it receiving a lower valuation. Spotify is valued at around $8.5 billion, though just like SoundCloud, it has been unable to earn a profit yet. The company however, is attempting to acquire companies and add to its subscriber base before going public next year.

SoundCloud, which was founded in 2007, has been able to raise $193.32 million from its funders in previous instalments. Unlike Spotify, it has allowed any artist to upload their music or audio to its platform which is made up of 125 million tracks from 12 million “creators.”  The company has also been working on building up its own subscription service and it launched its own $9.99 streaming service Go in March.

Neither Spotify nor SoundCloud has commented on a potential buyout at this time.