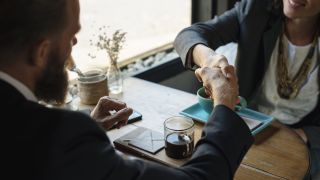 It was announced today that Server Density is merging with StackPath.

The former allows for the monitoring of websites and servers in the cloud, or on premises, from a single console and API. StackPath, on the other hand, is an intelligent web services platform for security, speed and scale.

"We're thrilled to have Server Density become part of our company. It's a perfect fit," said Lance Crosby, founder, chairman and CEO of StackPath.

"StackPath has the highest commitment to providing our customers frictionless services, complete visibility into their solutions, and building strong relationships with the open source community and the industry at large. Server Density has followed the same commitments as it built exceptional technologies that are second to none and grew operations at cloud scale."

According to the press release, Server Density agent is being used by millions, and collects more than 12 billion metrics on daily basis. With more than 100 official integrations with other solutions, it processes more than 300TB of data every month.

It has more than a thousand customers, located in 75 different countries.

"We created Server Density out of the frustration that monitoring tools were either too expensive, too complex, or both," David Mytton, Server Density co-founder and CEO said. "It's gratifying to see how well our tools have been received, not only by customers, but by developers and companies that have built on the code that we've open sourced. My team and I are excited to bring Server Density into the StackPath platform and accelerate even more  evolutionary ways to leverage these technologies."