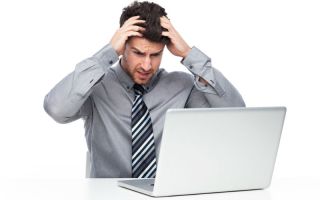 The vast majority of CISOs are suffering from high levels of workplace stress and, as a result, they’re having mental health issues, as well as romantic / social troubles.

This is according to a new report by Nominet, based on a poll of 400 CISOs and 400 C-Suite executives in the US and the UK.

The report says that 88 per cent of the respondents feel either “moderately” or “tremendously” stressed at work, down from 91 per cent last year. Almost half (48 per cent) said stress hurts their mental health – almost twice as much as last year, when the figure stood at 27 per cent.

For a third (31 per cent), stress had left a strain at their physical health, as well. Four in ten claim stress affected the relationships with their partners and children, and a third has had their friendships ruined.

Some turn to drugs, others to alcohol. For Nominet’s CEO Russel Haworth, all of this is cause for alarm, saying we’re heading towards a “burnout crisis”.

“Not only is this harming the lives of CISOs but will ultimately make it harder to retain staff, catch attacks early and improve security. It is worrying that at board level, understanding of these pressures appears not to have translated into action.”

There are many reasons why they’re stressed, but it mostly comes down to working too much and not being able to switch off. They’re missing birthdays, weddings and funerals, and in many cases – they’re unable to take holidays or sick leave.