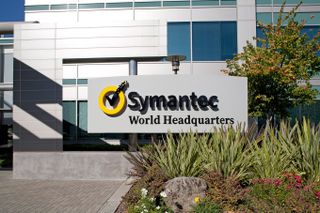 Symantec has announced that it is making the powerful threat detection technology used by its own world-class research teams available to Advanced Threat Protection (ATP) customers.

ATP customers will now be able to leverage advanced machine learning to automate the discovery of targeted attacks through the use of Symantec Targeted Attack Analytics (TAA) technology.

Despite the fact that targeted attacks represent one of the most dangerous threats to enterprise security today, they are often hidden from view under the numerous alerts generated by security systems which gives attackers time to gain access to systems and steal valuable data. TAA circumvents this by identifying truly targeted activity and prioritising it in a reliable incident report for security teams.

The technology that powers TAA was the result of an internal joint-effort between Symantec's Attack Investigation Team and its top security data scientists working on the edge of machine learning research. By taking the process and knowledge capabilities of the world's leading security experts and turning it into AI, TAA is able to provide companies with “virtual analysts” so that security experts can devote their time to the most critical attacks and not waste it being bogged down by false positives.

“Symantec’s team of cyber analysts has a long history of uncovering the world’s most high-profile cyber-attacks and now their deep understanding of how these attacks unfold can be put to use by our customers without the need to employ a team of researchers.Targeted Attack Analytics uses advanced analytics and machine learning to help shorten the time to discovery on the most targeted and dangerous attacks and to help keep customers and their data safe.”

TAA is now available as part of Symantec's Integrated Cyber Defense Platform for Advanced Threat Protection (ATP) customers and the technology will allow security teams to spend their time on the threats that really matter to their organisations.