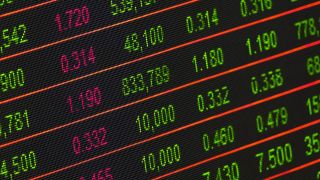 To make matters worse, the outage occurred on what could have been one of the busiest trading days of the year following a worldwide market rebound after the US government decided to bail out the mortgage companies Fannie Mae and Freddie Mac.

The Johannesburg Stock Exchange also had to suspend trading as it uses LSE's trading platform, TradElect.

On the day of the disruption, the LSE opened at 7am GMT but some brokers were unable to trade as a result of connectivity problems. The exchange was then forced to suspend trading so that some market players were not disadvantaged. With only half an hour left before closing time, the LSE re-opened giving brokers a short window in which to conduct trades.

The recent trading suspension was the longest the LSE has dealt with since April 5, 2000 when issues with an older trading system led to an eight-hour halt on trading.