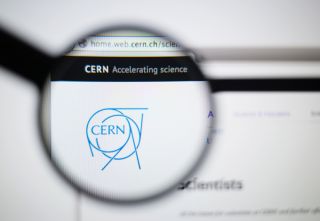 Cern is currently searching for a potential supplier for its €5.3 million Helix Nebula hybrid cloud platform and T-Systems, IBM and Hewlett Packard Enterprise (HPE) have made it to the last round.

Initially, 28 different firms from 12 countries submitted bids for the lucrative contract to develop a hybrid cloud platform that will be built upon commercial cloud services, publicly funded infrastructures and each firm's own IT resources.
Cern has narrowed down its list of bids down to the four firms based on the design ideas they have submitted for the project. The scientific organisation will eliminate one more firm and the remaining three will be required to build a prototype platform.

IBM has decided that it will develop its platform independently, whilst  T-Systems will be partnering with the Chinese firm Huawei and several others to create its platform and will also be working alongside Rhea Group in its bid. HPE, Advania, Sixsq and Indra will all make up the fourth group.

Cern is just one of 10 European research organisations that have come together to back the Helix Nebula hybrid cloud platform with the aim of the project being to provide scientific researchers throughout the continent with access to both big data and high performance computing (HPC) capabilities.

The leader of the Helix Nebula initiative at Cern, Bob Jones, said: “We are very pleased with the response to the tender and we would like to thank all the organisations that took the effort of submitting a bid.  We realised it was a lot of work for those companies and we want to acknowledge it.”