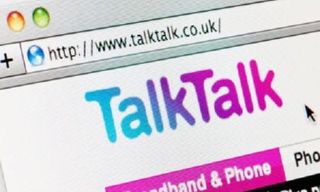 A 17-year old boy in the UK has pleaded guilty to seven charges of hacking, with two of those charges related to the TalkTalk hack that occurred in October 2015.

Yesterday at the Norwich Youth Court, the teenager pleaded guilty to all seven charges brought against him under the Computer Misuse Act. He will be sentenced on 13 December and his punishment could end up being quite severe seeing as TalkTalk lost £60 million as a result of the hack.

The hack also led to the personal details of nearly 157,000 customers being accessed, including 15,656 bank account numbers and sort codes and 15,000 dates of birth. The teenager responsible for the hack admitted that he was unaware of the consequences of his actions at the time of the hack, saying: “I didn't really think of the consequences at the time.  I was just showing off to my mates.”

Mobile operator TalkTalk was fined £400,000 by the Information Commissioner's Office (ICO) following the hack and had its reputation tarnished. Just last month, the Information Commissioner Elizabeth Denham reiterated her frustration with the telecom's ability to protect its customers online, saying: “TalkTalk's failure to implement the most basic cyber security measures allowed hackers to penetrate TalkTalk's systems with ease.”

Hopefully today's ruling will lead to wannabe hackers thinking twice before committing what they believe to be a victim-less crime and causing serious damage to the lives of others.