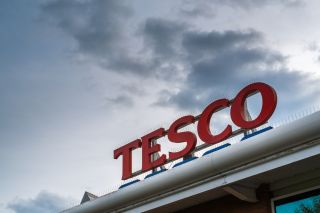 In an effort to try and do away with the checkout process at its stores, the UK's biggest retailer Tesco is trialing a new smartphone app that allows shoppers to scan and pay for items on their own.

The company is testing out the new payment system at its headquarters where some of its staff are using its smartphone app to scan barcodes on items and pay for them without a trip to the till.

Tesco says the project is in its early stages though the company does have concerns that the new technology may attract shoplifters. Since its stores operate on very fine profit margins, till-less shopping may be unviable for the retail chain. However, if Tesco did decided to rollout the technology to its many retail stores, it would be a big push for checkout-free shopping.

Co-op is also experimenting with a similar smartphone app and the company is currently running a trial at a store in Manchester with plans to expand the tests to other locations this summer.

At its checkout-free store in Seattle, Amazon has implemented a much more advanced system that has users swipe their smartphones with the Amazon Go app installed as they enter. The store relies on hundreds of ceiling-mounted cameras and electronic sensors to identify customers and track the items they pick out. Customers place items in a shopping basket and their purchases are billed to their credit cards when they leave.

While Amazon Go is more of a novelty at this point, if Tesco's move into checkout-free shopping is a success, it could encourage other retailers to adopt similar systems.