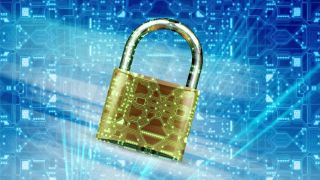 The government, and Theresa May in particular, has been criticised for an apparent lack of awareness in how online encryption actually works following the Prime Minister’s call for tighter regulation following the attacks.

Declaring that some internet giants were providing extremist ideology ”‘the safe space it needs to breed,” Prime Minister May took aim at not just the companies, but the internet itself, in her statement yesterday.

This view was later echoed by Home Secretary Amber Rudd, who said yesterday that technology firms need to limit the amount of end-to-end encryption available to users who may be spreading extremist views.

Let’s not be blithe about this - online companies such as Google and Facebook aren’t just sitting around doing nothing about the content that gets posted on their sites each day.

The challenges of monitoring every single post that goes online are huge, and keeping tabs on everything is sometimes simply not possible.

But clamping down on publicly-available service like WhatsApp and Telegram is not the answer. Doing so would only push terrorists further underground, most likely into the infamous ‘Dark Web’, where communications are completely untraceable, allowing them to plan and carry out more such attacks without warning.

"The internet and companies like Facebook are not the cause of hate and violence, but tools that can be abused,” the Open Rights Group told the BBC.

"While governments and companies should take sensible measures to stop abuse, attempts to control the internet is not the simple solution that Theresa May is claiming."

The security industry has been even more outspoken in its opposition to the Prime Minister’s plans, which some say show a deep level of misunderstanding.

“It is a terrible idea to give governments and law enforcement unrestricted access to encrypted communications through a backdoor - backdoors destroy security,” Jeff Hudson, CEO of cyber-security firm Venafi, told ITProPortal.

“Our collective ability to secure data as it is transmitted around the internet is the only mechanism we can count on for privacy. Once a backdoor is created, it is almost immediately taken advantage of by criminals and cyberterrorists and there goes privacy and security. Anyone that is calling for backdoors either doesn’t understand or doesn’t care about security and privacy.”

Mateo Meier, CEO, Artmotion, added, "Governments, particularly in the US and the UK, have been calling for weaker encryption to aid security services in their efforts to combat terrorism for a number of years. However, businesses and users, rightly I would say, have largely been appalled by the idea that their data should be made less secure.

"As such, there is no doubt that for businesses operating in the UK this news should be extremely troubling. While the efforts to get ready for GDPR have rightly been prioritised by many businesses, it is clear that threats to encryption should be viewed as an equally important issue.

"Businesses would be well advised to take advantage of data ‘safe havens’ like Switzerland, rather than continue to rely on countries where data privacy is being chipped away."

The internet was created as a space where users could share opinions and news freely, and cutting this out with stifling regulation would be a disaster for everyone.

“The essence of the internet is to be a free space - it was not built to have regulation, censorship or administrators,” notes Marty P. Kamden from NordVPN.

“There is no proven record showing that internet restriction could prevent any sinister plots from happening. If a backdoor to the internet is built, it can actually be used by the same people that the government wants to keep track of. A backdoor gives away a lot of private information about each citizen, and puts big power in the hands of anyone who wants to take advantage of it.”

In summary, then, now seems to be the time for the UK government to start taking technology seriously, by getting figures from the world’s leading companies on board and helping to form future plans and regulations.

Let’s not forget the years of government dithering surrounding upgrading NHS computer systems, a weakness which was exposed horribly last month in the WannaCry ransomware attacks.

Technology truly has the power to change the world, and short-sighted knee-jerk reactions are not the way to ensure safety or security at all. Let’s hope that whichever party wins this week’s General Election is able to harness the good in the technological world, and ensure that we are all able to benefit.