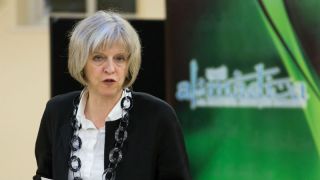 It seems as the GDPR is not enough for Prime Minister Theresa May, as she recently pledged to create new powers for policing social media.

This is according to a Reuters report which claims that May wants to ‘punish social media and communications companies that fail to look after user’s data’.

The new powers would also allow the government to ‘demand cash from firms to pay for policing the internet’.

If May wins the June 8 elections, she’s promised to give users new data access rights, and to give the government new powers to enforce these with sanctions.

"The internet has brought a wealth of opportunity but also significant new risks which have evolved faster than society’s response to them," May said in a statement.

"We want social media companies to do more to help redress the balance and will take action to make sure they do."

This Friday, a large-scale ransomware attack has affected hospitals and doctors’ surgeries across the UK, forcing health institutions to turn away patients and cancel appointments.

"The Conservatives will also create a power in law for government to introduce an industry-wide levy from social media companies and communication service providers to support awareness and preventative activity to counter internet harms," the party said in a statement.