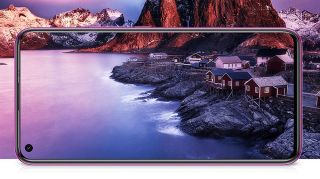 Three cameras totalling 77-megapixels, an 8-core processor, a full HD display, 8GB of RAM and 256GB of storage. No, it's not the specs of the new Google Pixel 5 smartphone, but the hardware you'll find in the Elephone U3H. Despite some seriously high end specs, it sells for less than $200. Bargain? Yes we think so!View Deal

Smartphones are for many of us the main computing device in our everyday lives. So it shouldn’t be surprising that there seems to be a glut of deals, far more than their laptop counterparts for example.

Chinese vendor Elephone, for example, ships its U3H with the sort of storage hardware that you’d find on a Samsung Galaxy S20; 8GB of RAM and 256GB onboard storage.

However you can get all of this for the price of an entry level smartphone, as at $187.99 at Aliexpress (after a $2 coupon), it is an absolute steal (and that includes standard shipping worldwide).

The Elephone U3H should make a great business device as well given that it has enough firepower to drive any mobile business applications you’d throw at it - although it cannot connect to a DEX-like docking station.

Along with its wallet pleasing price, the Elephone U3H does come up with some very enticing specifications; a 6.53-inch punch-hole full HD display, a 48-megapixel Sony IMX586 camera sensor with a 24-megapixel Sony IMX576 in the front, a Mediatek Helio P70 CPU, NFC and wireless charging as well.

The 3400mAh battery might be on the low side and the phone ships with Android 9.0, however Elephone has confirmed this will be upgradable to Android 10.