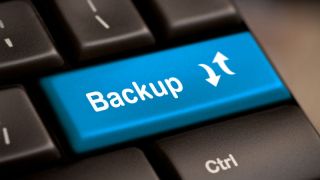 Almost three quarters of UK businesses (72 per cent) are ‘happy to lose’ more than 24 hours’ worth of data after a cyber-incident, new research has found.

According to a report by Disaster Recovery, thirteen per cent of companies have never backed up their data, while 43 per cent lost vital information in the last two years, it says.

The report also says that the number of businesses that protect their data on a continual basis jumped eight per cent year on year to reach 29 per cent. However, Disaster Recovery stresses that the report was created just days after the WannaCry incident, so there was an increased awareness of data protection overall.

The findings also showed a minor rise in the number of  businesses with an active recovery plan - although thirteen per cent noted that they wouldn’t be able to recover all of their data after an incident.

The biggest issue this year is that there is a ‘staggering lack’ of education around Disaster recovery. Just 41 per cent of businesses were confident they had a business continuity plan set up.

In case of an IT incident, a quarter (28 per cent) of companies didn’t know if they would be able to restore their data.

The full infographic with more details on disaster recovery and continuity plans can be found on this link.