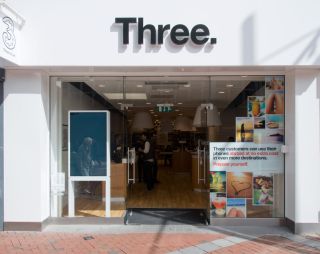 Three is committed to its plan to offer ad-blocking for customers using its network at some point in 2017, despite opposition from the EU.

In May, the mobile operator first revealed its plan to block mobile ads for its customers for the entirety of one day in June.  Three is of the belief that its users should not be forced to use their mobile data to display ads which are irrelevant to them and often invade their privacy.

Now, Three is planning an even larger roll out of ad-blocking on its network in 2017. In the company's opinion, mobile ads are invasive and appear on a user's device without their agreement. However, Three's plan to block ads from its customers goes against new guidelines from the EU.

The EU's Body of European Regulators for Electronic Communications (Berec) has recently released new guidance that forbids network providers from interfering with any of the internet services or apps used by their customers. It reads: “Providers of internet access services... shall not block, slow down, alter, restrict, interfere with, degrade or discriminate specific content applications or services.”

The guidance though was written with national regulators in mind as opposed to network providers and it is up to the telecom regulator Ofcom to judge how Berec should be interpreted and and enforced within the UK.  The regulator is waiting to see how Three's plan and those of other network providers may result in a breach of the Berec Guidance.

Three will likely push on with its plan that would see advertisers pay for the data charges related to their ads as opposed to the network's customers.  In regard to the mobile operator's plans, Tom Malleschitz, its CMO for the UK expressed the company's reasoning behind blocking ads, saying: “This is the next step in our journey to make mobile ads better for our customers.

"The current ad model is broken. It frustrates customers, eats up their data allowance and can jeopardise their privacy. Something needs to change.”