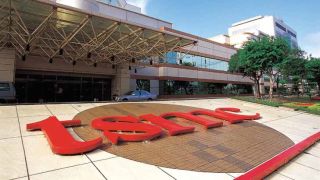 This year's iPhone supply could be cut short after one of Apple's major suppliers revealed that it had fallen victim to a computer virus.

Taiwan Semiconductor Manufacturing Co. (TSMC), which makes chips for the iPhone and other devices, said that 80 per cent of its fabrication tools affected by a virus outbreak on Friday have been restored and the company is expecting to make a full recovery.

As a result of the incident, the Taiwanese company will delay shipments though it did not specify which of its customers would be affected.

TSMC revealed that the infection occurred as a result of a mistake made during software installation that then spread throughout its entire network. The chipmaker estimates that its third-quarter revenue will be cut by around three per cent from $8.55bn to $8.45bn.

This is the first time that TSMC has suffered an outage as a result of a computer virus and it noted that no confidential information was compromised in the attack.

The firm offered further details on the nature of the attack in a press release, saying:

“This virus outbreak occurred due to misoperation during the software installation process for a new tool, which caused a virus to spread once the tool was connected to the Company’s computer network. Data integrity and confidential information was not compromised. TSMC has taken actions to close this security gap and further strengthen security measures.”