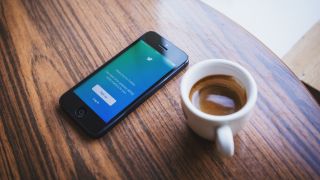 Twitter has informed an undisclosed number of users that their private messages could have possibly been exposed to third-parties for more than a year.

This could certainly hurt the social network's attempts at monetisation as the direct messages that were exposed were between users and businesses that offer customer services via the platform. However, the software 'bug' has since been fixed.

Twitter is notifying affected users by a message that appears when they open its app or log on to its website. The company has revealed that the issue has persisted since May of 2017 and that it resolved the issue immediately after discovering it.

Twitter has not said exactly how many users it has notified regarding the issue but the company did reveal that fewer than one per cent of its total users were affected.

The social network made it clear that not all direct messages were at risk but rather just those between users and companies such as airlines that have begun to use the service to offer customer support to their users.

While revealing that some of the direct messages sent on its platform have been exposed could hurt Twitter's business in the short run, if more users are affected by this issue then the company has shown that it is ahead of the issue and has addressed it accordingly.

Until we know exactly how many users have been affected, it is probably best to wait to contact businesses directly using Twitter.