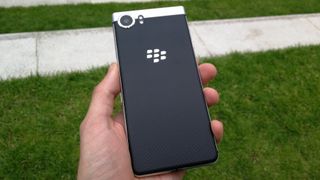 BlackBerry fans will be in for a treat in 2018 after the owner of the famous smartphone brand said it was planning more launches this year.

TCL told media at CES 2018 that it is set to release at least two new BlackBerry smartphones soon as it looks to extend its product line-up.

The new devices will include an unlocked version of the BlackBerry Motion smartphone, which will be available in the US for next week, and should appeal to business users seeking that traditional feel.

There will also be a new bronze-coloured edition of the BlackBerry KeyOne, which was first announced at CES 2017, and will be released in some of the company's biggest markets, including Indonesia and Eastern Europe.

Both new devices will come with BlackBerry's enterprise-friendly software suite, which includes the DTEK security suite and support for FIPS 140-2 Full Disk Encryption. The new releases will also both be powered by Android 8.0 Oreo, meaning they will come with work-friendly features such as Android For Work and Google Play for Work.

"It has been less than one year since we formally introduced the world to our all-new BlackBerry smartphones and we’ve seen very strong renewed interest thanks to devices like BlackBerry KEYone and BlackBerry Motion," Alain Lejeune, global general manager for BlackBerry Mobile said in a statement.