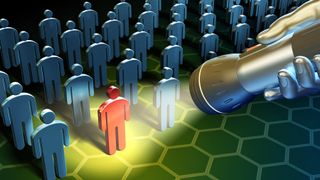 The majority of businesses have suffered at least one insider-related cybersecurity incident this year, claims a new report from Bitglass.

Insider threats are those that stem from an employee, whether deliberate (i.e. a disgruntled member of the workforce) or accidental (e.g. sending a sensitive email to the wrong address).

The Bitglass report states that 61 percent of businesses have had at least one such incident in the last 12 months, with almost a quarter (22 percent) reporting up to six separate incidents.

To make matters even worse, most businesses can’t guarantee that they can detect these threats coming from employee personal devices or the cloud. Four in five are also struggling to assess the impact of insider incidents, it was said.

At the same time, businesses don’t seem to be doing much to address the issue. Few respondents claim to have deployed a single platform that delivers complete, unified visibility and control over all interactions on their network.

Half said it takes them at least a week to detect an insider incident and 44 percent said it would take them at least another week on top of that to fully recover.

“Enterprises report that loss of critical data and disruption to business operations are the biggest repercussions of insider attacks,” said Anurag Kahol, CTO at Bitglass.

“Along with brand damage, remediation costs, legal liabilities, and loss of revenue, these are serious ramifications that must be prevented.”