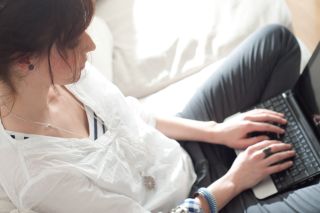 The majority of UK IT workers say they may never go back to working in the office, according to a new nationwide poll.

Recruitment giant Hays has found that many IT professionals are not expecting to go back to fully being in the office any time soon - but also that they do not think they'll be working fully remotely.

Instead, a new "hybrid" working model that will see them mix both home and office working looks set to become the new normal within the next six months.

Overall, Hays found that two thirds (66%) of IT employers expect their workforce to be working part remote and part in the office in six months' time, and a similar proportion (57%) of IT professionals also said they would like to be working in a hybrid model within this time period.

About a tenth (13%) of employees said they wanted to be based fully in the workplace going forward, but only 6% of bosses said they expected workers to be working fully remotely in six months’ time, with nearly half (41%) of IT workers already returning to the workplace.

All these changes look set to influence a major shift in how companies organise their workforce going forward. Hays found nearly two-thirds of (61%) IT employers are planning to change their flexible working policies to accommodate this shift, 42% plan to reduce their office space and over a third (35%) are retaining communication and collaboration tools installed during lockdown.

“As employers start to bring staff back into the office, health and safety needs to remain the top priority and initially this ought to be voluntary, to take into account those who are unable to return for their own personal reasons. However, even as capacity in offices increases, we can’t ignore the overwhelming demand for sustained flexible working, which looks set to continue on a scale never seen before," said James Milligan, Director of Hays IT.

"Our findings make it clear that working solely at home is not the preferred way of working and instead, the greatest demand is for a new hybrid way of working – staff want a balance between office life and working remotely. The key to making this arrangement successful will be maintaining company culture and ensuring communication is transparent. Remind staff that they have an integral role to play in your organisation, no matter where they’re based.”