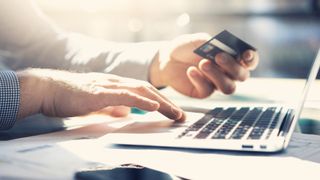 British banks are being affected by major IT failures on an almost-daily basis, stopping consumers from getting access to their money, new research has found.

A report from Which? Money found that 302 incidents affecting customer transactions were reported to the to the Financial Conduct Authority (FCA) in the last nine months of 2018.

Barclays topped the list of IT failures, with 41 outages reported to the FCA since April last year - equivalent to more than one a week. Lloyds Bank reported 37 incidents, Halifax/Bank of Scotland 31, Natwest 26 and RBS 21.

The surprise omission from the top five was TSB, which reported only 16 incidents - although this included the massive IT failure that affected 1.9 million users for several weeks last year.

Banks and building societies have been required to report any major outages to the FCA since this data following an overhaul of reporting conditions.

"Our research shows that these major banking glitches, which can cause huge stress and inconvenience to those affected, are even more common than we feared," said Which? Money editor Jenny Ross.

"This highlights why it is so important that a regulator is given responsibility to protect cash and other non-digital payments as a back-up when technology fails and to ensure no-one is left behind as cashless payments grow in popularity."

Topics
banking
Security
IT outage
which?
UK banking
Get Weekly News and Analysis