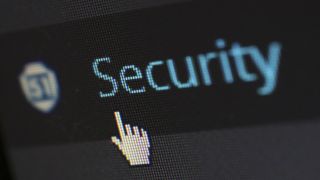 News of the WannaCry ransomware attack has swept the internet in the past few days, with businesses of all sizes and in countries across the world affected.

But it appears that many businesses, especially in the UK, have set themselves up for failure when it comes to staying safe from such online assaults.

Recent research from Timico shows that a shocking two thirds of UK businesses have no official ransomware policy in place, meaning they could easily fall victim to such threats.

The company's survey of a thousand UK businesses which had fallen victim to such attacks at some point in the past found that many have no guidance for staff on what to do when an attack occurs.

Over two thirds of the firms reported that they felt the effects of a ransomware attack instantly, with their data systems becoming essentially useless within seconds.

This had a major financial and organisational effect on the affected businesses, with 85 per cent saying that their systems were down for a week or more.

A third (33 per cent) saw systems go down for more than a month, with 15 per cent reporting their data as ‘unrecoverable.’

“It’s not just a case of the data loss and financial cost to the business," said Nabeil Samara, Chief Digital Officer at Timico. "A ransomware attack can have a debilitating effect, with long-term consequences across the business, with the company even breaching terms of any regulatory bodies that the business holds themselves accountable to.”

The news comes as a separate report shows that a huge number of businesses across the work are still running Microsoft's older and more vulnerable software.

Data released by Spiceworks found that 52 per cent of companies are still running at least one instance of Windows XP.

Spiceworks also discovered that Windows XP is still installed on 14 per cent of business computers worldwide, with many IT professionals citing budget constraints and a lack of time as their main reasons for not upgrading.