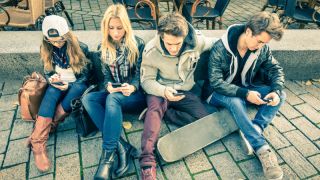 More than a third of employees feel their companies do not invest enough in next-gen workplace tools. This is according to The Modern Workplace research that investigates how prepared UK businesses are to embrace the future of work.

Based on a poll of 1,000 workers in UK SMBs, the report says IT teams no longer have a say in which technologies will be used in the workplace, and which not. Instead – Millennials are the ones doing that, opting for instant messaging, Skype, file hosting and sharing tools that aren’t supported, or provided by their employer.

Obviously, this raises major red flags in terms of security.

It was also said that they don’t really like email, and would rather use tools like video conferencing. They say it’s easier, more valuable and saves time.

More that three quarters (76 per cent) said they want flexible working hours and are actively looking for organisations that offer such perks. Yet, almost half of the UK’s workforce reveals that they don’t have an option to work from home, because their employers don’t have the necessary tools.

Apay Obang-Oyway, Director of Cloud & Software, UK&I, Ingram Micro, said: “With the responsibility to design, implement and safeguard the infrastructure of the modern workplace falling under IT departments, it’s no surprise IT teams are feeling the pressure like never before. For most companies, managing IT systems in-house with the appropriate level of security policies in place is a time-consuming task that burdens and ties up human resources.”

millennials
workplace
tools
it
Get Weekly News and Analysis