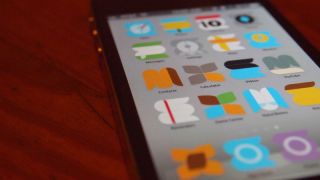 Once again, an urban myth turns out to be true – people know mobile apps can be targeted by hackers, they fear the scenario, yet they’re doing very little to protect themselves from such potential attacks.

The confirmation was released by F5 Networks, in a study into the UK’s app centric society and consumer behaviours.

More than four fifths (83 per cent) of UK consumers fear their financial data will be hacked, and 23 per cent fear for their medical information.

Funny thing is, just seven per cent sees Snapchat as a target for hackers, even though this was the most popular app of 2016. A quarter (23 per cent) said it is not compulsory at work to change their password on a regular basis at all.

“The growing concerns demonstrate that consumers are no longer in the dark about cyber security risks, but there is still more education needed – it’s not uncommon for a hacker to use work and business details to gain access to financial data or for hospitals to be targeted with a ransomware attack over confiscated medical information,” said Gad Elkin, Security Director, EMEA at F5 Networks.

“The lines between work and personal lives have become blurred and we need more robust cyber security policies to reflect that.”