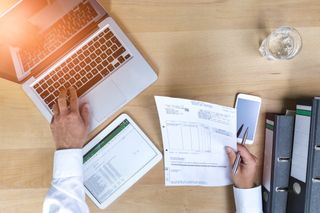 The UK government is allegedly reconsidering its position on the much-criticized Digital Services Tax.

According to an IT Pro report, the Ministry of Finance is considering ditching the proposed two percent tax on American tech giants, as it may hurt its overall trade agreement between the UK and the US.

US officials have described the proposed tax as “unfair”, but the UK Treasury said it was not in violation of “international obligations”. However, as Brexit negotiations progress and Britain seeks new partnerships, a trade deal with the States grows more important.

Further, early estimates suggest such a tax could only raise roughly $660 million, causing some commentators to question its merit.

“[The government has been clear it’s a temporary tax that will be removed once an appropriate global solution is in place, and we continue to work with our international partners to reach that goal," a Ministry of Finance representative is quoted as saying.

Last year, the EU canceled its union-wide tax plans, forcing both Spain and France to introduce their own national laws. So far, France has forced Facebook to pay almost $120 million in taxes.