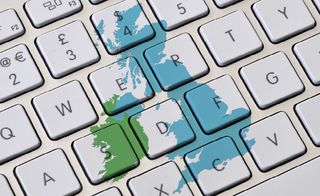 The UK is lagging behind the rest of Europe when it comes to getting on board with the latest technology, new research has claimed.

A report from Dell Technologies placed the UK behind 12 other European nations, including France, Germany and Italy, when it comes to investing in the newest technological breakthroughs such as AI, VR and other top-end areas.

Despite this apparent lack of interest, the report did find that UK businesses were keen to get input and collaboration from all levels of an organisation in order to spur on change.

Although 87 per cent of respondents said that senior leaders should be the force behind changes, 89 per cent also said that businesses should secure employee approval on digital transformation ideas.

Dell says that the report, which surveyed 3,800 business leaders across the world, can help businesses identify the areas needed for them to stay competitive in their industries. This need was highlighted by an apparent uncertainty in the UK market, with 66 per cent saying they were not sure what the next 10-15 years will look like for their industry, let alone their employees  -the joint highest overall result globally.

“The rate of technology advancement is causing a shift in how people view their roles and industries, perhaps causing some uncertainty as to where to focus their investments as they assess what life will look like for the workforce of the future," said Claire Vyvyan, Dell EMC senior vice president, commercial, UK & Ireland.