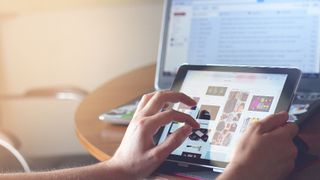 The Government has been urged to take urgent action against poor broadband speeds across the UK in a new report by a cross-party group of MPs.

Millions of users across the UK are still not getting the minimum standard of internet connectivity needed to enjoy the benefits of modern networks, according to the Broadbad 2.0 report, which has been signed by 57 MPs from all of the three main parties.

The report, which has been organised by the British Infrastructure Group of MPs (BIG) and chaired by Conservative MP Grant Shapps, is now calling on the government to “finally introduce minimum standards for the broadband sector.”

It says that as many as 6.7 million consumers across the UK may not be getting the minimum 10MBps that the government wants as a basic minimum standard for internet connections.

“Although broadband is increasingly considered to be an essential utility, the quality of customer services has simply not caught up with demand,” said Shapps. “It is unacceptable that there are still no minimum standards in the UK telecoms sector to protect customers from protracted complaints procedures, and ensure that broadband providers are fully accountable to their customers.

The report is now urging Ofcom to add more pressure on broadband services to deliver better standards, and potentially introduce automatic compensation schemes for users unhappy with the service from their ISP.

However the watchdog appeared to dispute the scale of the BIG report, telling the Guardian that it believes only around 1.4m households and businesses in the UK, mainly in rural locations, are unable to achieve the minimum 10MBps service.

“We share concerns that broadband must improve and we’re already taking firm, wide-ranging action to protect customers,” an Ofcom spokesman said. “These include new plans for automatic compensation, faster repairs and installations, and ensuring providers commit to giving accurate speed information to customers.”

Response to the report was also muted by many in the broadband industry, which notes that the UK has been hit by numerous delays and issues in the past.

"(W)e are sure Ofcom is well aware that if it was to mandate compulsory compensation consumer broadband services would simply be sold at a level where the minimum guaranteed speeds were so low that they were not worth the page space they would occupy."