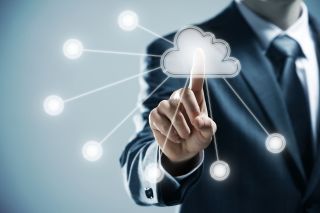 A tenth of all UK businesses have moved entirely to the cloud, according to a new Breaking Barriers 2020 report from Fuze.

The report is based on a poll of more than 900 CIOs, and claims that the UK keeps lagging behind North America and the rest of Europe in terms of adopting cloud services. The report compares the UK with American firms, 45 per cent of which have fully made the migration to cloud.

What Fuze sees as a positive move is the fact that almost half (49 per cent) adopted some form of formal cloud initiative, either partially or fully. A quarter (28 per cent) said they’re currently implementing a ‘cloud roll-out’.

The communications sector is where cloud adoption is growing fastest (57 per cent) it says.

Commenting on these findings, Kris Wood, VP EMEA at Fuze said “Despite the fact that only 10 per cent of UK businesses have moved their entire organisation to the cloud, forward-thinking businesses are realising that the status quo will no longer cut it, and are formalising their cloud strategy to stay competitive. The growth in cloud adoption in the communications sector also highlights a trend for offering users the tools and experience they are used to with personal technology.”

The full Breaking Barriers 2020 report can be found on this link.