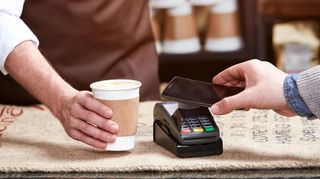 Contactless payment technology is continuing its rapid rise in popularity across the UK, new figures have claimed.

The UK now leads the way when it comes to the top users of contactless technology in Europe, with millennials helping push the technology to new heights, according to the latest Visa digital payments study.

The company said that 34 per cent of all card payments made in June 2017 used contactless technology - a new record. Shoppers aged 18-35 were found to be the most enthusiastic users of contactless, with over three quarters (76 per cent) making a purchase with their contactless card – an 11 per cent increase compared to two years ago.

The capital led the way when it came to contactless payments, with nearly four in five Londoners (78 per cent) saying that they have used a contactless debit or credit card to make a transaction, with Wales (70 per cent) and the East Midlands (68 per cent) also scoring highly.

London can also boast almost a fifth (16 per cent) of all bank owned contactless payment terminals with the TfL transport network helping boost contactless technology use.

Mobile payments are also contributing to the rise in contactless, with Visa finding that over a quarter (26 per cent) have made a payment using their device - a figure which rises to 36 per cent among contactless card users. Mobile devices are also becoming more used for online banking, with 57 per cent of those who have used contactless cards doing so.

“The introduction of contactless cards in the UK ten years ago was a watershed moment for consumers. Whether buying lunch, commuting without having to top-up, queuing at bars and festivals, or donating to charity, Brits have come to expect a painless payment experience," said Kevin Jenkins, managing director for Visa UK & Ireland.

“Yet there’s still room for the uptake of contactless to grow, particularly outside London and the South East. Our study shows the appetite for adopting new payment methods is greater than ever and with mobile devices opening up myriad new ways to pay, the next ten years looks set to see contactless payments become an ever greater part of our day to day lives.”