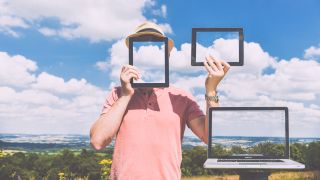 More than 2,000 digital devices used by UK government employees were either lost or stolen in the past year, according to a new report from mobile communications firm Viasat.

The company collected data from 27 public bodies as part of a Freedom of Information (FoI) request. It found government employees lost 1,474 devices, 347 were reported as stolen, and 183 were either lost or stolen.

The Ministry of Defence (MoD) reported the most missing devices (losing 767 in total), while HMRC came in second with 288. The MoD says its employees lost most devices because it has more devices in use, compared to other organisations.

Smartphones, laptops and tablets were among the devices most commonly lost by UK government officials.

The real problem isn't that the devices were lost, which in some instances is unavoidable, but rather that many were not properly secured.

Most devices were encrypted, but approximately 200 were unsecured. Some 65 MoD phones were not encrypted, and the encryption status of a further 115 was "unknown".

The loss of devices, it turns out, is a common issue across the public sector. Late last year, a separate report concluded the UK police lost 2,600 mobile phones and other gear over the past three years.