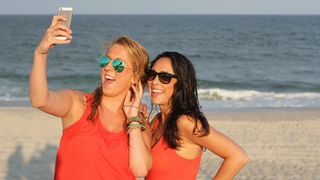 British mobile users may soon face the return of roaming charges when using their mobile device overseas if the government fails to secure a Brexit deal.

A no-deal Brexit may result in roaming costs returning for British customers, however operators will be capped on the limit of charges users may face.

Roaming fees were abolished across the EU in June 2017 as part of new legislation, but it is still unclear what rules will apply should the UK end up with a no-deal Brexit agreement in March 2019.

Brexit secretary Dominic Raab said Three and Vodafone have assured him additional charges for using voice, text and data services within the EU will not be restored, however other networks have yet to comment.

A no-deal Brexit would mean that European operators would be under no obligation to offer their UK counterparts favourable access to their infrastructure.

But the government's own official documentation on a no-deal Brexit says roaming-free usage "could no longer be guaranteed", but does promise to introduce a monthly cap of £45 on any roaming charges.