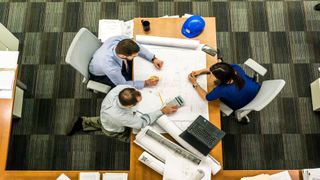 The EU GDPR legislation is a year away from coming into force, but new research shows that many UK businesses are lacking the ability to quickly access their secure data.

A survey from Mimecast has discovered that only 17 per cent of UK organisations believe they would be able to retrieve personal or sensitive data (as defined under the new legislation) at the speed needed.

In fact, despite needing to have the ability to get hold of such data immediately under the new laws, UK organisations on average would take a shocking eight hours to do so.

This is despite nearly half (44 per cent) of businesses in Britain saying that their email system contains such data.

These flaws appear to be only part of an underlying unreadiness on the part of British businesses as they prepare for the new GDPR, due to come into force on May 25th 2018.

However all is not lost, as it seems many businesses are actually getting their act together when it comes to preparation.

Overall, 84 per cent of UK organisations say that they are planning to introduce new procedures before the introduction of the GDPR.