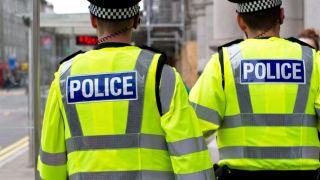 Despite the police working on finding stolen devices, many forces have their own devices stolen every now and then, new research has found.

Items such as mobiles, tablets, laptops and radios have been getting stolen at an increasing rate since 2016 all across Britain, according to new figures from Parliament Street Think Tank.

Based on a Freedom of Information request, the report says that 2,600 mobile phones and other tech gear was reported stolen in the last three years. This last financial year (2018 – 2019) has seen most thefts – 1,360, or four devices a day.

Second-highest in losses was Staffordshire Police with 277 devices reported stolen in three years. Greater Manchester Police has had 225, while Lancashire has had 191.

Percentage-wise, Gwent Police was the worst, reporting a 2,500 per cent increase in three years. Norfolk and Suffolk Constabulary have had 1,500 per cent, and Durham 200 per cent.

At the other end of the spectrum are Devon and Cornwall Police with just two gadgets reported missing in the last three years. Dorset Police has had 15.

“The reality is that the majority of these devices will contain sensitive data on police investigations as well as confidential information about criminals, suspects and victims,” commented Andy Harcup, VP EMEA, Absolute Software.

“Everyone recognises the loss of laptops and mobiles in the line of duty is inevitable, so it’s vital that forces have the necessary systems in place to track and freeze equipment when it falls into the wrong hands. This approach can help improve cyber security standards, protect the privacy of individuals and prevent criminals and opportunistic thieves from misusing police devices and stealing data.”