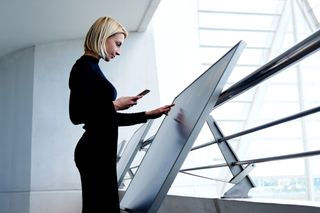 Judging by the number of technology jobs advertised in London, the nation's industry is set to move past the pandemic.

According to figures Tech Nation collected on behalf of the government's Digital Economy Council, job ads in the technology sector rose by more than a third (36 percent) in the past two months, with job site Adzuna shows 90,000 new tech job ads a week.

While the figure is still a far cry from January highs of 150,000 job ads a week, CityAM argues that it shows the industry growing stronger.

“These new figures demonstrate the strength and depth of our tech sector as an engine of job creation kickstarting our economy as we emerge from the pandemic,” the publication cited digital secretary Oliver Dowden saying.

A tech job – software developer – is among the top five most sought-after roles in the country. Front-end developers remained in the top 10 in the capital, with skills such as Python developer and DevOps engineer rising in demand by 15 percent and 11 percent, respectively. Experts in data ethics are also having a field day, with job opportunities rising by almost a third (31 percent) year-on-year.

“While the city has had a challenging six months it is ready to bounce back strongly, with the tech sector taking an early lead in having the confidence to take on new people,” said Janet Coyle, managing director of business at London & Partners. “It is important that the tech sector continues to drive greater inclusivity and diversity to ensure opportunities are available for everyone.”