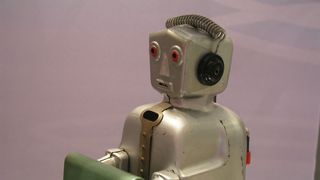 Despite all this talk about robots taking over our jobs, the majority of Brits doesn't seem to be that concerned, really. In fact, more than two thirds (68 per cent) are positive about the possible impacts of technology at work over the next ten years.

This is according to Epson, who took a closer look at UK workers' perception of technological advancement, following talk at the recent World Economic Forum 2017.

More than three quarters (76 per cent) believe technology will open new possibilities for growth, and three quarters (75 per cent) think it will increase organisations' profits. Another 77 per cent thinks new technologies will kill certain jobs, but more than half (55 per cent) are ready to learn new skills and adapt.

“The environments in which we live, work and play are going to radically change, thanks to technology as we prevail in a world where our lives take will take on a new purpose;“ said Epson Global President, Mr. Minoru Usui.

„It is understandable that people today are concerned by advances in technology but we also face great opportunity, if technology is managed well. Whatever our current livelihoods, our futures are going to be different and as these findings point out, there is an urgent need for more conversation between governments, organisations and society-at-large to ensure that we are all equipped with the skills to take on new roles and challenges.“

The study has shown a dire need for UK organisations to capitalise on new and emerging opportunities. Just 16 per cent of UK workers think companies are 'excellent' at monitoring technology advancements, and 12 per cent think their companies are excellent at engaging with employees in the process of making decisions.