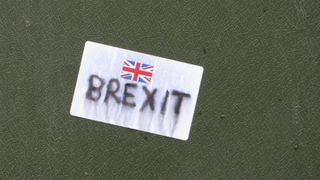 We don't have to wait any longer to see the effects of Brexit on the tech job market in the country – Hired.co.uk already has some data for us.

And it's exactly as you might have imagined it.

According to the hiring site's report, the number of foreign tech workers in the UK is now down 50 per cent. The rate at which foreign workers are now accepting UK-based roles has also dropped by a fifth (20 per cent). But it’s not just the employees that are declining offers, businesses are also sending out less. The percentage of UK-based companies that send job offers to foreigners has dropped from 25 per cent last year, to 18 per cent this year.

Twenty per cent less foreigners are accepting initial job offers from UK-based companies. When it comes to local workers, however, the acceptance rate hasn’t budged.

“72 per cent of tech workers believe Brexit has already brought uncertainty to the UK’s tech sector, while more than three-quarters (77 per cent) believe there will be uncertainty a year from now,” the report states.

“And that uncertainty translates into real difficulties for individual tech workers – almost a third (31 per cent) anticipate it being harder to find a job in the next 12 months.”

“The bottom line is that no one can afford to complacent at this stage, and we urge businesses, educational institutions and government to work together to help make the path forward as smooth as possible. We’ve all played a role in establishing Digital Britain, and now it’s time to ensure that it continues to thrive.”