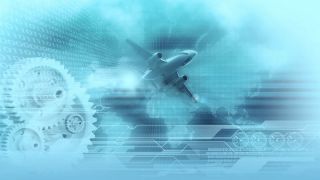 The Trump administration is considering a further expansion of the ban on using laptops on commercial flights to cover European travel, reports have claimed.

According to Reuters , the US government is reviewing how to make sure lithium batteries that get stored in the luggage don’t explode during flights.

Reuters says that the expansion will affect flights on United Airlines, Delta Air Lines and American Airlines Group. Both US and European officials have said that they’re waiting on the US Department of Homeland Security to make an announcement, but it is not yet clear as to when that might happen.

Yesterday, DHS and airline industry officials should have been in a meeting, discussing security.

Last month, the US banned laptops on flights from countries including the United Arab Emirates, Saudi Arabia, Qatar and Turkey following fears that laptop batteries could be used to house bombs.

The UK followed up with a similar ban, and now there is a good chance it will affect flights from the UK to the US soon.

DHS spokesman Dave Lapan said Homeland Security Secretary John Kelly "hasn't made a decision but we continue to evaluate the threat environment and have engaged in discussions with airline representatives and other stakeholders about the threat."