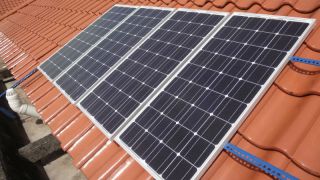 The Trump administration's tariffs on Chinese devices could have a huge impact on the US launch of Huawei's upcoming FusionHome solar-panel control device.

The Chinese hardware maker has developed a new generation of low-cost solar inverters which are able to convert, manage and monitor the energy produced by solar panels intended for home use.

Huawei is planning to roll out the product in the US one year after its intended launch date which means it will arrive at the same time as the new 25 per cent tariff on Chinese electronics.

Analysts and distributors had expected the company would lower the price of FusionHome by $100 or $200 as a result of the delay. However, now that the product will launch alongside the new tariffs, Huawei might even have to raise the original price for the device to remain profitable.

This would take away the Chinese company's expected price advantage and may have already lead to installers and distributors to turn to other rival producers such as SolarEdge and Enphase Energy which have already begun to ramp up their manufacturing outside of China.

The 25 per cent tariff will take effect on August 23rd and if Huawei still intends to roll out FusionHome in the US by the end of summer, then it will certainly be affected by the new tariff.