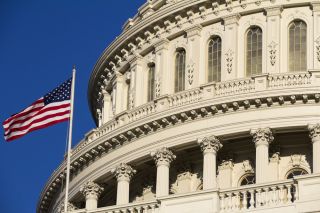 Growing concerns in the US over the fact that the Moscow-based cyber security firm Kaspersky could be under the influence of the Kremlin, led the US Senate to vote on whether or not use of the company's software should be banned across federal government agencies.

The company, which has 400 million customers worldwide, has faced increased setbacks in the US due to its alleged ties to the Russian government.

Just last week, President Trump banned the use of Kaspersky's anti-virus software across all civilian and military agencies in the US and in August the FBI even encouraged businesses in the private sector to stop using its products.

The vote was included as an amendment to an annual defense policy spending bill and if passed it will expand Trump's efforts to purge Kasperksy's software from all civilian government agencies.  However, it must also be passed by the House of Representatives before becoming law.

In a way, Kaspersky Labs has been targeted as a direct result of Russia's alleged interference in the 2016 US presidential race.  US lawmakers and intelligence officials are greatly concerned by the notion that Russia could have played a key role in last year's race and now they see just how strong the country's cyber espionage tactics have grown.

Eugene Kaspersky, the co-founder and CEO of the security company has repeatedly denied any allegations against his company and has even gone so far as accept an invitation to testify before US lawmakers over the security of Kasperky's security products.

There is still a possibility that the company could be guilty of no wrongdoing but at this point it will be hard to convince US consumers that their data would be safe when using its products.