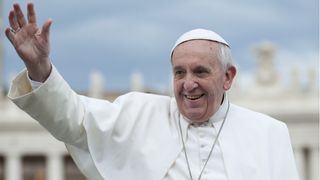 The Vatican has joined forces with Microsoft and IBM on an initiative focused on the ethics of artificial intelligence.

Executives from the two tech giants met senior officials from the Roman Catholic Church and signed a document entitled the Rome Call for Ethics, which calls for collaboration on “human-centred” AI models.

According to the BBC, the initiative is designed to ensure humans are placed at the heart of new technologies. The document calls for AI models to be crafted with “our common and shared home and its human inhabitants” in mind.

Smith conceded the group might appear an unlikely triumvirate, but explained the importance of diversity among proponents of AI.

“[Some] may think us strange bedfellows, but I think the world needs people from different places to come together. I think it’s a challenging time because there is so much polarisation in so many parts of the world,” he said.

This notion was supported by Pope Francis - who was unable to attend the conference by video link as planned due to illness - in an official statement published to the Vatican’s website.

“There is a political dimension to the production and use of artificial intelligence...In other words, it is not enough simply to trust in the moral sense of researchers and developers of devices and algorithms.”

“The ethical development of algorithms can be a bridge enabling [a clear ethical framework] to enter concretely into digital technologies through an effective cross-disciplinary dialogue,” he concluded.

The group hopes to open a new conversation about the intersection of ethics and technology, and has called for other companies to join the project.