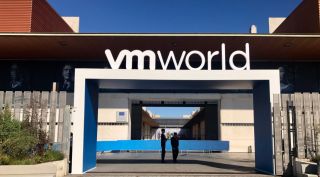 VMware has confirmed it will continue to invest in the UK in spite of the worries surrounding Brexit.

The company’s head of EMEA operations told media today that Britain’s decision to leave the EU was not going to affect VMware’s position surrounding the country - at least not for the time being.

Jean-Pierre Brulard, VMware’s senior vice president and general manager for the EMEA region, told a press conference at VMworld Europe 2017 that the company was yet to see any direct effect of Brexit.

"We have not seen any impact in our UK business...we continue to invest in the UK, invest in resources and technology.”

“We are quite positive about (the situation) even in the public sector, which in the UK is a significant portion of our market...it is more important than ever to be competitive, and if I compare UK to the rest of the countries in Europe, they are still leading the way in adopting our technologies."

VMware signalled its support for Europe with the news that the company’s first European cloud services on AWS will take place in London, with customers in the UK able to benefit from a number of new tools and platforms.

Gelsinger also laid out his support for the European region, highlighting the pioneering security and privacy work taking place on the continent, particularly as thousands of businesses prepare for the impact of GDPR next May.