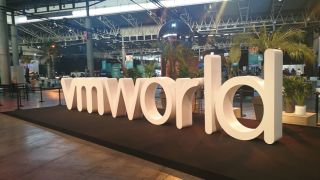 VMware could soon be launching its own blockchain service according to the company's recently published content catalogues for its VMworld conferences in Las Vegas in August and Barcelona in November.

The catalogues offer more details on upcoming sessions at this year's VMworld conferences and attendees at the event in the US will be able to attend a session titled “VMware enterprise blockchain – getting started” along with a workshop of the same name.

The company has expressed interest in blockchain for a while now though it wants to move beyond the proof-of-work most often used for blockchains. A VMware Research blog shows that the company is actively exploring enterprise blockchain and a video on the site hints that a real offering could be revealed soon.

The Barcelona catalogue also includes a session called “Introduction to the VMware Cloud Marketplace” that describes the marketplace as a new service that “extends the route to market you enjoy in VMware Solutions Exchange into the cloud.” Solutions Exchange is the company's marketplace that allows software partners to sell their products and this could mean that VMware is going to provide its partners with added help.

Both VMworld conferences offer more than 1,000 sessions combined and attendees will likely get a glimpse into the company's enterprise blockchain service in either August or November.