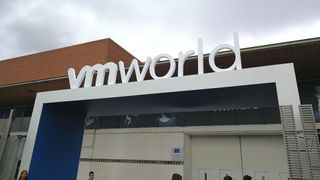 VMware has revealed its view of the future of computing, pushing a cloud-focused view of hyper-connected enterprises.

Speaking at the company’s VMworld Europe 2017 event in Barcelona today, VMware CEO Pat Gelsinger unveiled a number of new releases and updates to the company’s offerings as it looks to keep up with the rapidly-changing technology industry.

"Tech is breaking out of tech,” he told a packed audience at the opening keynote, “every industry is having that excitement to mundane moment."

Noting that VMware’s core strategy has always been, "any device, with any application, from any cloud, and built with intrinsic security," Gelsinger, who was celebrating his fifth year anniversary as CEO, noted that the company has had to cope with “radical changes” in a rapidly changing workforce.

This includes the rapid growth of the Internet of Things and Edge Computing, both of which have brought millions of connected products online, but also encouraged a move from centralised IT towards a more de-centralised ecosystem.

"Edge and IoT are forces of de-centralisation - where the physical world meets the digital world,” Gelsinger said, “cloud has been a force to do this, and will continue to be.”

Gelsinger added that VMware is also now increasingly working with telcos, including the likes of BT and Vodafone, noting that, "we've seen the cloud world and the telco world move closer than ever before."

VMware’s vision is a simple goal, Gelsinger noted - “connecting people”. However he admitted that the company faces many challenges going forward, as the hyper-connected business world means that many customers have a mess of devices, apps and security issues.

The company is looking to simplify all of this through its services, including the newly-announced Workspace One platform, which Gelsinger says, “delivers the widest ecosystem in the industry by far.” Giving users the ability to combine a mix of existing cloud platforms as well as connecting to a wide range of providers, VMware new SaaS offerings will help, “put all the pieces together”, Gelsinger claims.

"The essence of VMware’s strategy is to deliver apps that transform their businesses...that's what we want to do," he concluded.

"We at VMware are just thrilled at the innovations we have underway...today is the slowest day of technical innovation for the rest of your life."

"We get to innovate so you can realise your business potential...today we can realise the future"