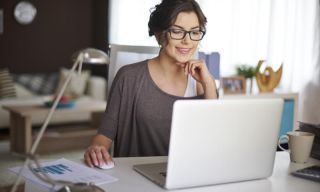 VMware is among an expanding pool of technology companies that will allow its employees to work from home on a permanent basis.

However, according to a Bloomberg report, if staff decide to move out of Silicon Valley and into a less expensive area, they will be asked to accept a pay cut.

The premise works both ways, however. Remote workers that decide to move to Silicon Valley or another expensive location can expect their pay packets to increase in value.

The extent of the pay shift will vary, depending on where workers decide to move. For example, moving to Denver could mean an 18 percent cut, while moving to Los Angeles or San Diego could mean a lesser 8 percent cut.

It also appears VMware will not be the only company to adopt this approach, with both Facebook and Twitter looking into similar policies.

A Twitter spokesperson recently said the company has a “competitive” approach to localizing compensation. Facebook, on the other hand, has stated on multiple occasions that employee salaries are subject to change, depending on location.

According to Bill McDermott, ServiceNow CEO, the approach makes a lot of sense.

“I don’t believe we should have an environment where management is not involved with those determinations, because what you could get into here is a situation where employees then become the decision-maker in working literally from anywhere, and you would have a hard time organizing and holding together a culture if that was the case,” he said in a recent interview.